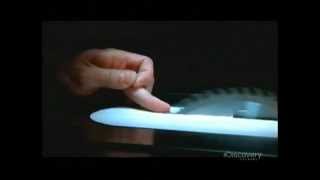 Throwing Your Hand on the Saw Blade

Risk is a necessary input to Innovation. Steve Gass is the inventor of SawStop. He is a risk-taker. If you are unfamiliar with SawStop, it is a technology developed to prevent table saw injuries. People lose digits far too often. SawStop is able to instantly stop the saw blade if a stray finger comes into the slightest contact with the blade. If you are a visual person, check out the video of SawStop in action. For those of you who are a tad impatient, you can skip the introd

The Value of Humility to Innovation

In 1997, Gary Kasparov, the reigning, undisputed world champion of chess, a man considered by many to be the greatest chess player of all time, lost a match to a computer, IBM's "Deep Blue." At the time, Kasparov was virtually unbeatable among mere humans. This first-ever victory of machine over man was thought to end the sport of chess as it had come to be known (we'll save the argument about whether chess is really a sport for another time. ..at least it doesn't have judges

An infographic called “Habits of the Wealthiest People” is making its rounds through the social media space these days. The chart shows the results of a study comparing the habits and attitudes of a few hundred wealthy people versus those of a few hundred poor people, showing statistical differences between their behaviors. At the bottom of the chart, there is a quasi-disclaimer, “Following these traits won’t necessarily make you rich…but they are worth a shot.” The implica

You are sitting in a seminar called “How to Win the Race.” You recently took up running, and set yourself a goal of running a 5K. You found a training program, and followed it diligently for the prescribed twelve weeks. You took off from the starting line with excitement, pushed yourself through the mile two slump when your body started telling your brain to stop and grab a doughnut instead, and then you felt the endorphin-laden elation when you crossed the finish line. N

Your Strategic Plan Needs to See the Future…but How?

The Power of Throwing Your Thinking in Reverse

Sorry for the Delays!

What are You Doing that is Causing Unexpected Harm?

Is "Innovation Culture" as Self-Contradictory as "Congressional Ethics"?

Why Your Team Needs Some Idiots and Maniacs

Add Theatrics to Your Innovation Toolbox

One Question You Must Ask Before Solving Any Problem